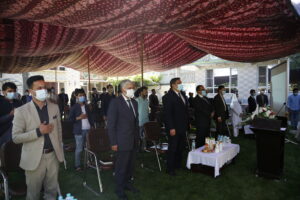 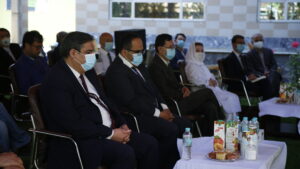 Ms. Shegofa Rohani, Coordinator of the Kateb University Peace Center and the United States Institute of Peace (USIP) in Afghanistan talked about the importance and necessity of women’s participation in Afghan Peace Talks. “In fact, women are the pillars of the society”, Ms. Rohani said. “When a women’s dignity is disgraced, it affects the society as a whole.” According to Ms. Rohani, the absence of women in the Afghan Peace Talks is a humiliation. She said, “for three decades, we have been talking about peace, equality, and women’s rights in our country, but unfortunately, our women still struggle to have a seat at the peace talks”. In the end, she called on young girls and boys to actively take part in managing Kateb Peace Center because they are fathers and mothers of the next generation and can offer peace lover children to society.

Next, Mr. Ali Ahmad Yousefi highlighted the establishment of Kateb University Peace Center as the first practical step of the university towards achieving peace in Afghanistan. According to Mr. Yousefi, Kateb University Peace Center will inform students and people on campus about peace through holding educational programs and conferences. He mentioned that the inclusion of academia in Afghanistan’s peace talks and conflict resolution discourse is at a very low level. He mentioned that the establishment of centers such as Kateb University Peace Center is a way towards the inclusion of academic institutions in peace talks in Afghanistan. According to Mr. Yousefi, the Afghan conflict discourse needs to be redefined thoroughly. “The redefinition of Afghan conflict requires academic research produced by academic institutions such as universities. Academic research and analysis will illustrate and assist in identifying the roots of war in Afghanistan” Mr. Yousefi said. 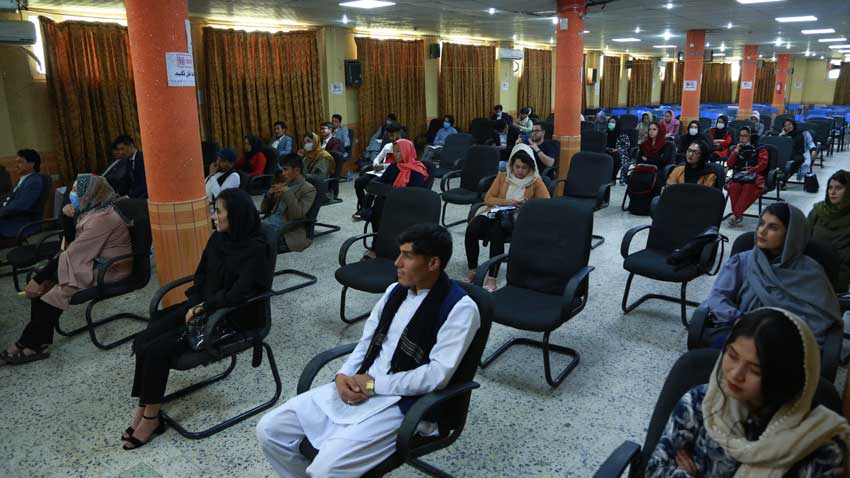 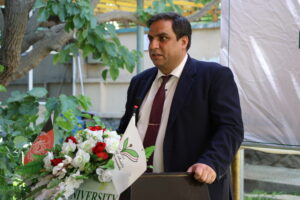 Then, Mr. Mohammad Ehsan Zia spoke about the US Institute of Peace’s consistent partnership with Kateb University. After introducing the US Institute of Peace, Mr. Zia emphasized on promotion of a culture of non-violence within the society. According to Mr. Zia, peace studies should be taught in universities to encourage students particularly the young generation to gain new perspectives on Afghanistan’s progress. In the end, Dr. Mohammad Musa Jafari described the Kateb University Peace Center as a timely value for the university and mentioned that the university systematically works on conflict resolution and peace-building programs within and beyond its campus. The program concluded with the official launch of the Kateb University Peace Center by Mr. Ali Ahmad Yousefi and Mr. Mohammad Ehsan Zia. 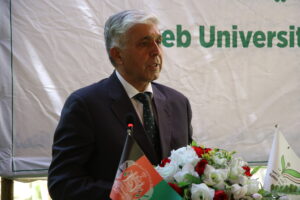 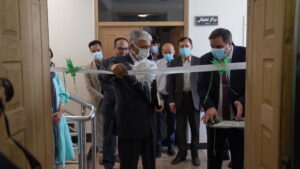