World Peace Day was celebrated in an event held by Ministry of State for Peace and United States Institute of Peace in partnership with Kateb University on Saturday 21st September 2019.

President Ghani while emphasizing on the government’s efforts to achieve lasting peace in the country, said that peace and security is the obvious right of the Afghan people. He further said that political participation, support for the election and republic system is a solution for overcoming the four decades of conflict in Afghanistan. 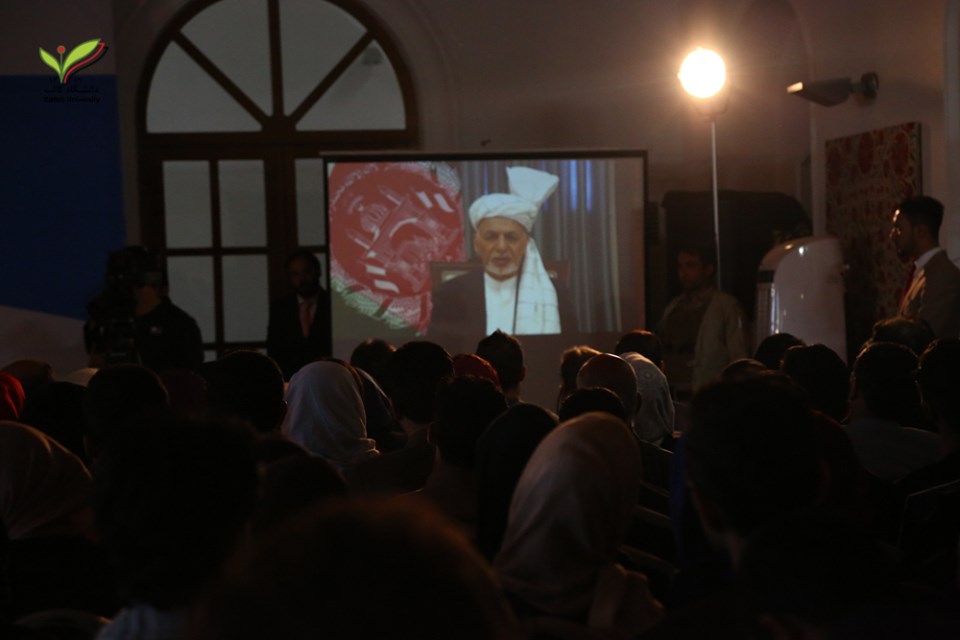 Dr. Sima samar, in her speech at the event said that the results of war are poverty, human trafficking, women and girls selling, forced marriage, child marriage, forced migration, lack of access to education, lack of health, and destruction of economic and social structure. While living in peace with dignity, respect and without fear. The ordinary people and the Afghan public are the main victims of this four decades of war. “Therefore empathy and dealing with their suffering is one of the key pillars of the continuity and sustainability of peace in Afghanistan”, said Dr. Samar. 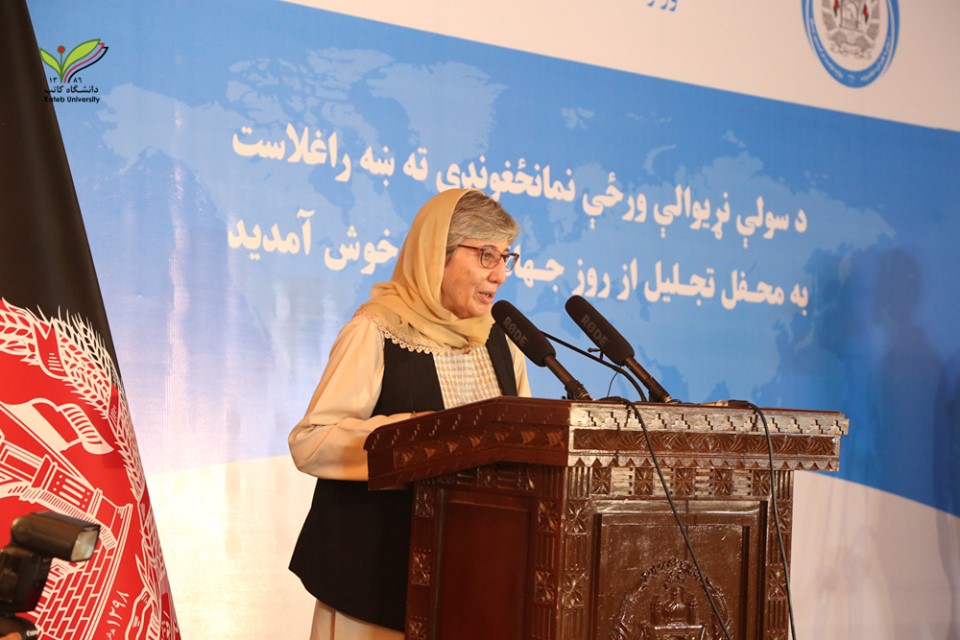 Dr. Musa Jafari, Vice Chancellor for Academic Affairs of Kateb University, pointed out two important issues of Peace Studies/Operation and the Role of Education in Establishing Peace in his speech. According to him change in nature and causes of wars throughout history should cause a change in the way we view at war and the reasons to end it. As the nature of wars in World War II and the Cold War, were between governments, UN vision was to approach sustainable peace, resolving the political conflicts in order to bring peace. On the basis of that, after 1990s and change in nature of war from war-among-the-governments into civil war, second generation of peace studies and operations was raised by UN as ‘Civil and Social Efforts’ to bring peace. 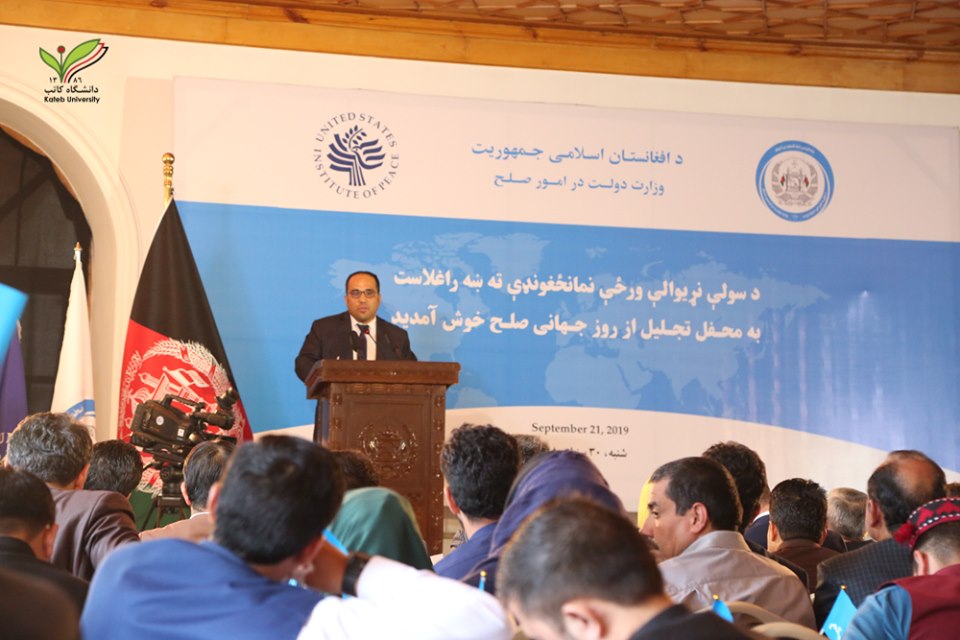 Dr. Jafari continued his speech by emphasizing on the key role of peace education during, before and after war. According to him, if everyone in society has equal chance to gett education and pay for it, it will lead them to awareness, understanding of the national identity and national values. As a result, it greatly reduces the likelihood of joining or returning to the anti-government forces. “In order to teach our people the accurate national value and identity, we have to invest in education and knowledge. We must grow scientific and academic atmosphere at schools and universities to educate our girls and boys in a peaceful environment”, said Dr. Jafari.

“Kateb University is proud to have been able to create a peaceful scientific and academic environment during more than ten years of academic activities. So far, we have had no religious or linguistic dispute at this university. We hope to take solid steps to bring peace to our beloved country through education.” added Dr. Jafari.

Music performance by students of the Afghan Institute of Music, drawings entitled “Peace” by students of Fine Arts Faculty of Kabul University and presence of blood bank campaign to donate blood to Afghanistan security forces, were the side programs of the event “World Peace Day Celebration”. 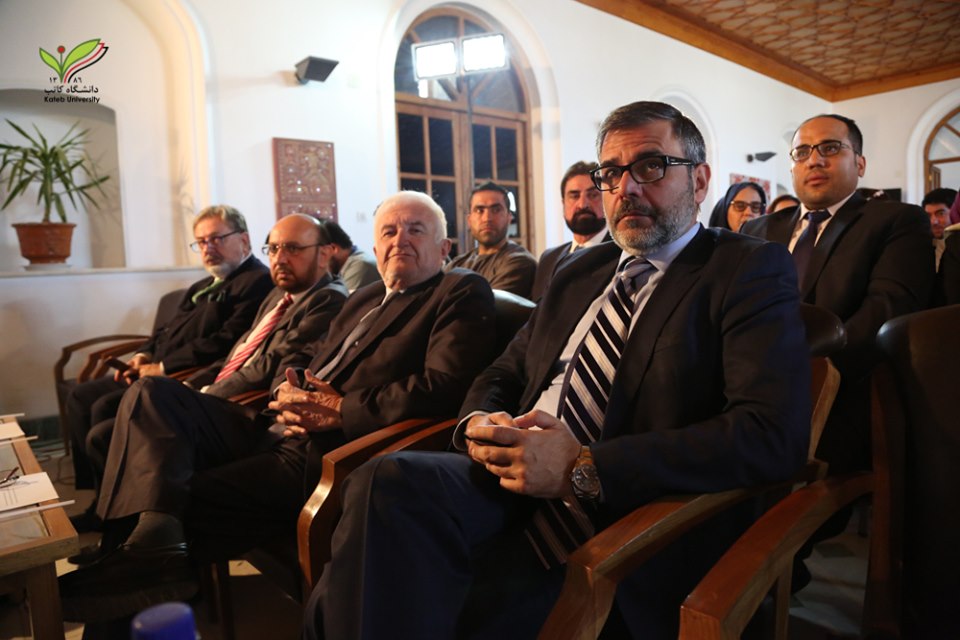