From February 24 to 27, 2019, Dr. Mohammad Dawood Rezaei, Head of Law and Political Science Faculty and Director of Law Department at Kateb University, participated in the scientific conference of the International Committee of the Red Cross. The scientific conference was held in capital city of Mandmato, the capital of Nepal, and was attended by representatives of South Asian countries, including India, Pakistan, Bangladesh, Nepal, Bhutan, Afghanistan, the Maldives and Sri Lanka. Representatives from Iran also attended the conference, despite not being members of SAARC. 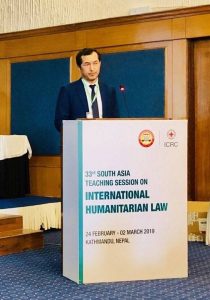 Representatives of the Ministry of National Defense, Attorney General’s Office, National Directorate of Security of Islamic Republic of Afghanistan and some higher education institutions, attended International Committee of the Red Cross (ICRC) conference. 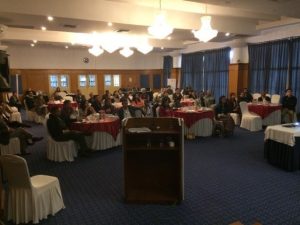