Celebrating the week of history and anniversary of Faiz Mohammad Kateb, a webinar entitled “Founding Father of Afghanistan’s Modern History; Faiz Mohammad Kateb” was held by Kateb Research Center in collaboration with International Relations Department. This webinar was held on Thursday January 14, 2021 at 2:00 P.M. 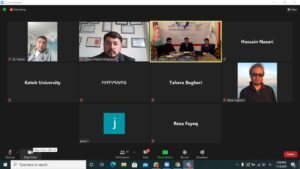 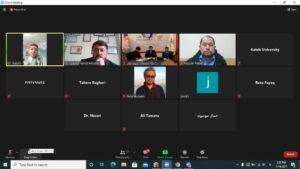 In the beginning, Mr. Mawlaee welcomed the participants and presenters and gave a brief biography of Faiz Mohammad Kateb Hazara. According to him, Kateb Hazara was born on 16 of Ramadhan 1279 in Zardsang district of Ghazni province. He did his primary education in local schools at his birthplace. Then, in pursuit of his education, he went to Kandahar, Lahore, Kabul and Najaf and gained knowledge about philosophy, vocabulary, astronomy, arithmetic and algebra. Besides, he studied languages such as Pashto, Arabic, Urdu and English. 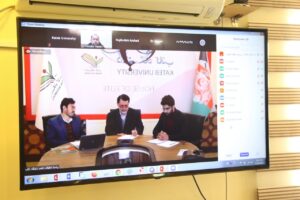 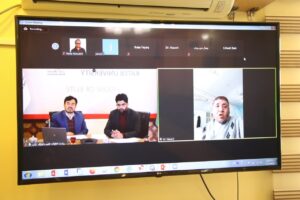 The first presenter of the webinar was Dr. Mohammad Akram Arefi who spoke about the historiographical style of Faiz Mohammad Kateb Hazara. He added that according to the publications of Faiz Mohammad Kateb Hazara, his historiographical style is divided into two categories. First category is books in which Siraj Al Tawarikh, one of his famous books, was compiled under the supervision of durbar officers in particular the king, Amir Abdur Rahman Khan. Though Kateb followed the literature style of the kingdom, he also was able to choose his own special writing style through adopting a moderate tone and method between durbar’s literature and the occurrences and his own method, in which historical facts had been reflected without any harsh tone and censorship.

Another style of Kateb’s works were selected by his choice, in which Kateb has paid attention to critical literature, analysis and opinions. The glorifying literature which was used in Siraj Al Tawarikh changed into analytical and critical literature.

Dr. Abdul Majid Naseri Davoodi began his presentation by commemorating the 90th anniversary of Faiz Mohammad Kateb. He considered Kateb as one of the noble person of his time who was fluent in various languages such as English, Urdu, Arabic, Pashto and Persian and has great skills and expertise in various sciences. Through his art of calligraphy, Kateb was introduces to durbar by his instructor Mr. Mohammad Sarwar Is’haqzai. Due to the needs of durbar and Kateb’s scholarly personality, durbar soon provided him with more facilities to work on the history of Afghanistan. Faiz Mohammad Kateb started historiography at the time of Ahmad Shah Abdali and pursued his work till the time of Habibullah. He has some valuable works such as Bait Ul Ghazal and Siraj Al Tawarikh. Although, Kateb faced various hardships and was put in various difficulties such as censorship, tyranny, oppression and jealousy, but he was able to reveal many historical facts of Afghan society with his skill, prudence, merit and courage. He recorded all kinds of discrimination, prejudice, injustice, crimes and inhuman policies on the paper to pass the history to the future and awaken the conscious and sensitivity. In addition to research, Kateb had an upper hand in education. He taught in Habibia High School, the only educational center at the time, though which he became acquainted with other teachers especially constitutionalists. During the rule of Amanullah Khan, due to his commitment to the people’s desire for freedom, he was one of the defenders of constitutionalism in Afghanistan. Eventually, despite his all scientific efforts, he was brutally, beaten during the reign of Habibullah Kalkani which results to his martyrdom. Faiz Mohammad Kateb had an intellectual and functional characteristic and the most important of which were moral commitment, justice, national unity, religious convergence, territorial integrity, Islamic system and rule of law and protection of rights. Ultimately, he devoted his life for these goals. 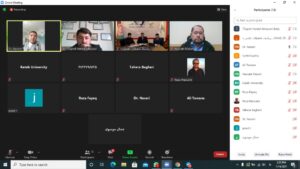 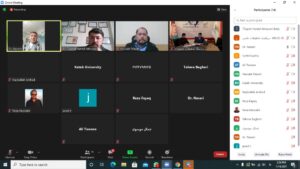 The next presenter was Dr. Sayed Jamal Mousavi who talked in two part about Kateb’s personality. The first part refers to the conditions of his historical knowledge in scientific circles, and in public and private universities. Despite the importance of this knowledge in identity and civilization, it has been neglected, and in spite of the small growth of private universities and disciplines, history has no place among founders, professors and students.

The second part was related to historiographical style of Kateb which shows nobility of his work during his time. Causality, documentary, partiality, realism, objectification and ethnography are some of those characteristics. According to the situation and conditions of his time, each of these characteristics had found special eminence and prominence. 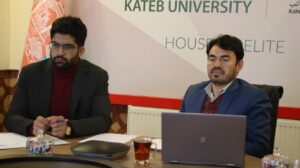 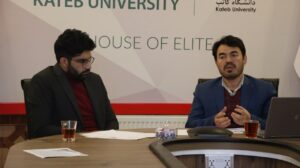 This webinar ended with Q&A session between presenters and participants.